The revival of the range

The range of wines from Saint-Julien is now complete with the revival of Chateau Moulin Riche and its second wine, M de Moulin Riche. Thus the labels have been redesigned to modernise their style, complementing one another perfectly within the Cuvelier Family’s style. 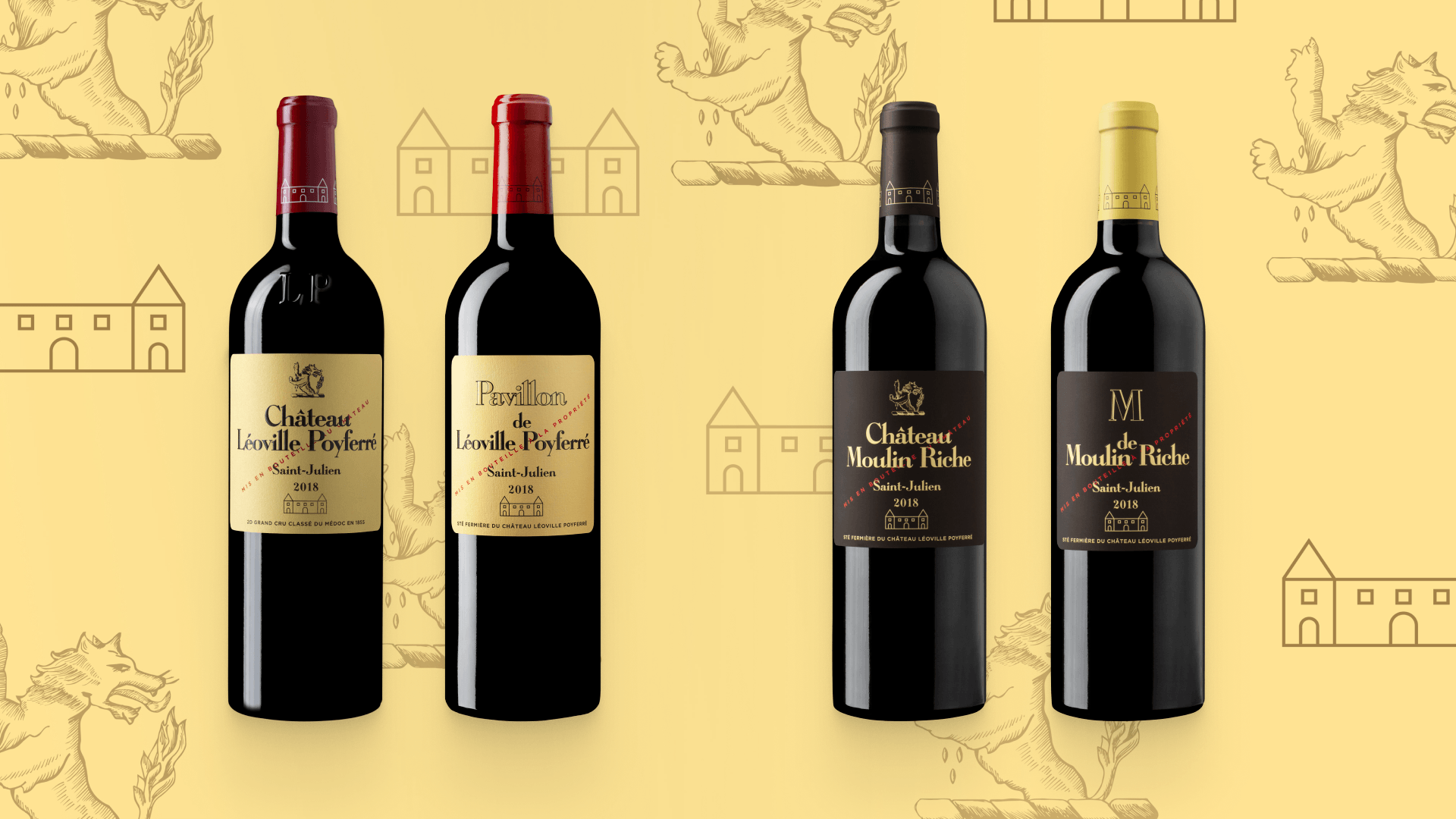 2020 is quite a special year for the Cuvelier Family, as it bookmarks not only 100 years as proprietors of 2d Grand Cru Classé Chateau Léoville Poyferré, but also that of Chateau Moulin Riche.
Intimately linked since the 19th century, these two chateaux present distinctive styles produced from different terroirs of the appellation, displaying the richness and diversity of Saint-Julien. Faithful to the family’s identity, the wines of both properties are the fruits of their heartfelt and rigorous labor, a timeless style reaffirmed by these modern new labels.

From the shadows emerges light

We can retrace the first references to the place name ‘Moulin Riche’ (rich mill) to 1885, which may refer to an ancient windmill at the site, as
they once dotted the Medoc landscape. Armand Lalande, then Deputy Mayor of Bordeaux, President of the city’s Chamber of Commerce, congressman of the Gironde, and proprietor of Chateau Léoville Poyferré, was the first to identify the potential of the terroir of Moulin Riche. Both properties were inherited by his daughter and son-in-law, Edouard Lawton, whose family’s coat of arms features a wolf, a symbol that still adorns both labels today. In 1920, the Cuvelier Family acquired these two jewels of the Saint-Julien appellation, on which they would lavish all their attentions. A new chapter in the life of Château Moulin Riche would begin at the end of the 1980’s, focusing on a significant restructuration of the vineyard to better express its identity. At one time, it was the second wine of Château Léoville Poyferré, but later gained its independence as a ‘grand vin’ in its own right. 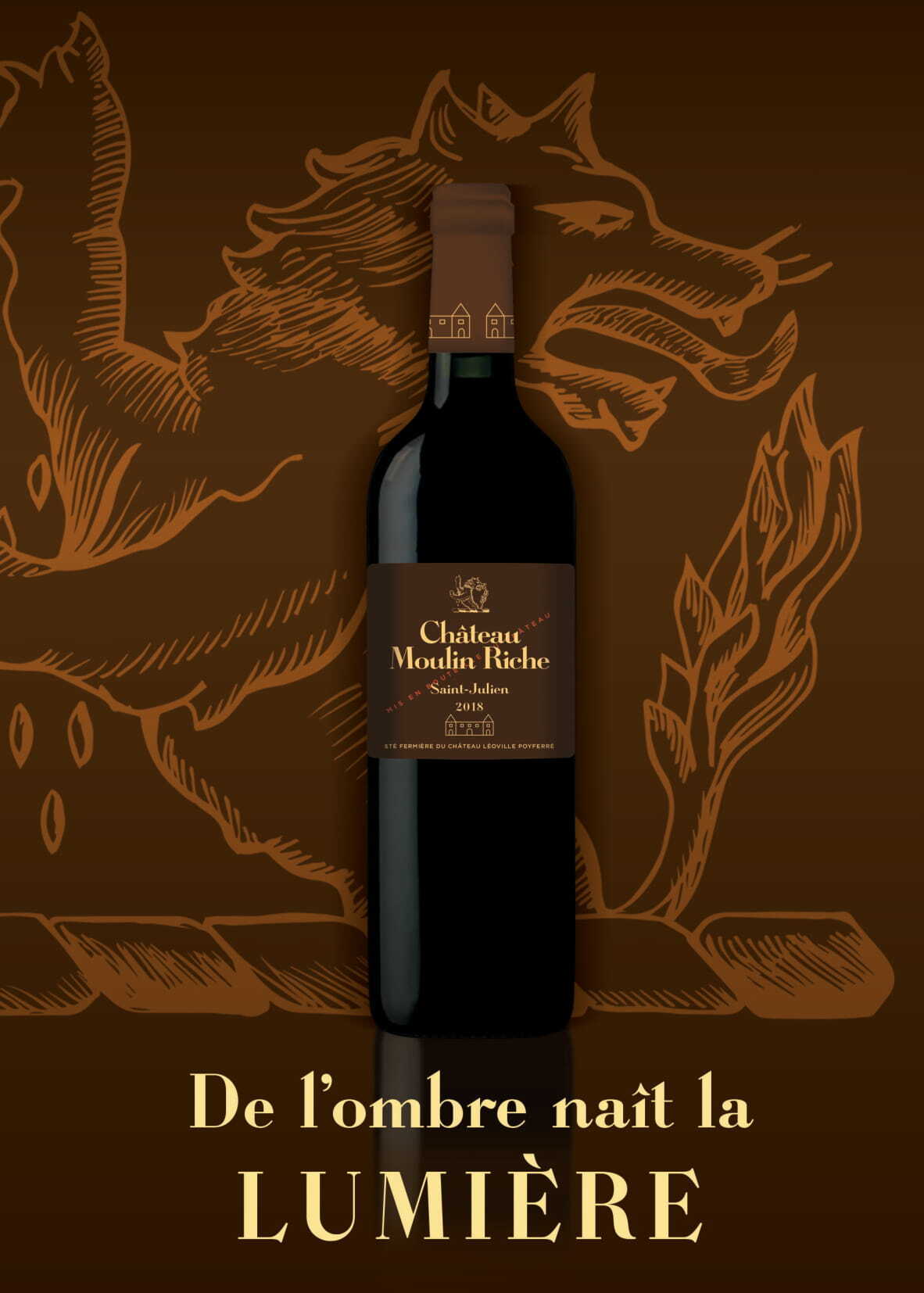 From the terroir of black earth

Ideally located in the northwest of the Saint-Julien appellation, Château Moulin Riche is composed of 20 hectares of vineyard in a single block. The mix of planted grape varieties is atypical for the Médoc due to its high proportion of Petit Verdot (23%), although the Château is true to the appellation as it is dominated by Cabernet Sauvignon (48%) and Merlot (29%). This alchemy of varieties expresses the generosity of its soils. Early grape varieties, such as Merlot, enjoy the cool black soil, whereas Cabernet Sauvignon and Petit Verdot reveal all their potential on gravelly soils. This union produces wines that are absolutely delectable, yet they echo the elegant, structured style of the appellation.

Variation on a theme…

Château Moulin Riche now has its own second wine: M de Moulin Riche. Complementary in spirit, it is made from the youngest vines of the vineyard. Nicely balanced and easy to drink, enjoy it in anticipation of its grand vin.